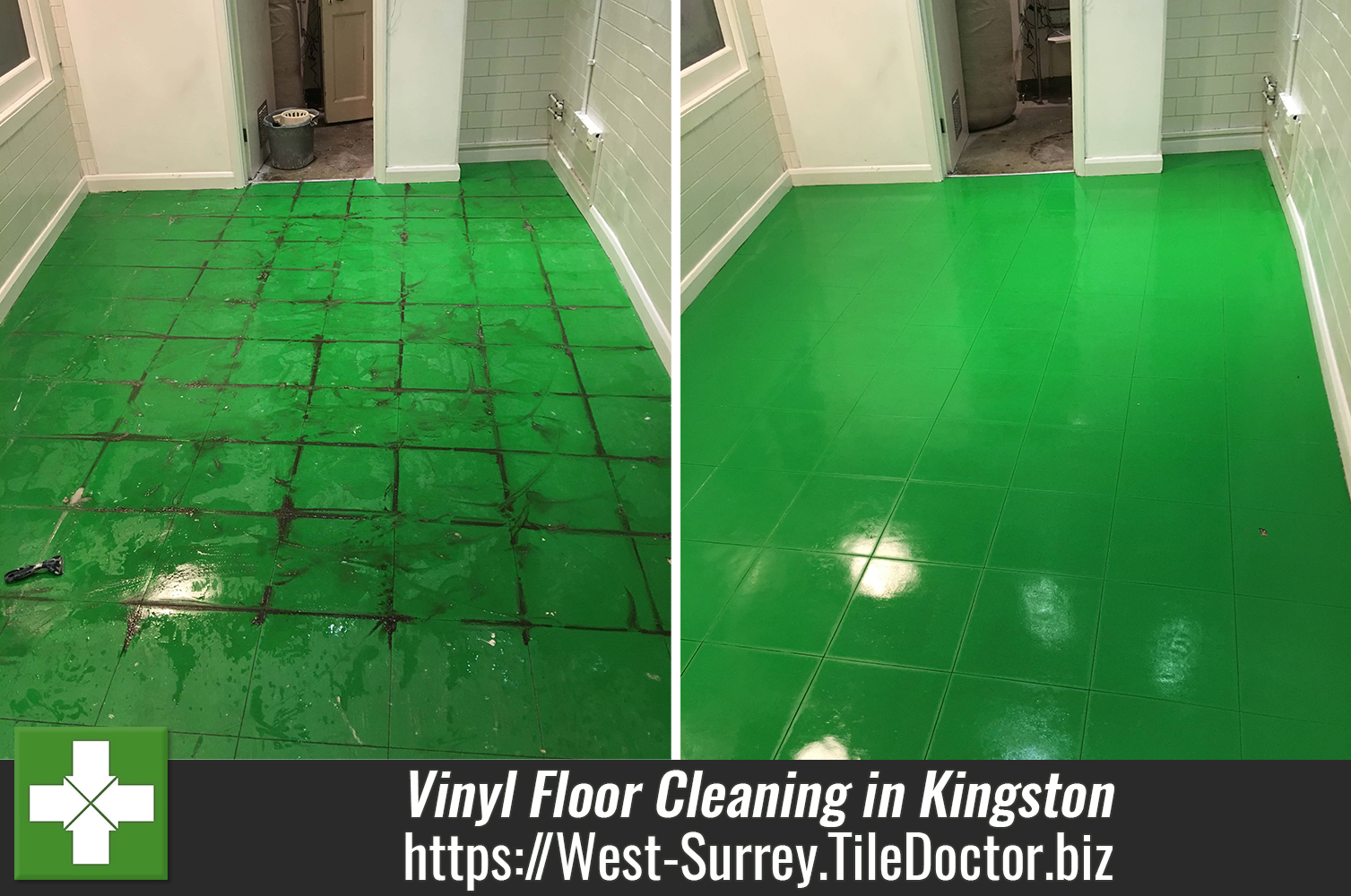 And now for something different. A customer called me in a flap before Christmas. He had just taken over the lease of a former fishmongers in Kingston Upon Thames and needed help renovating the white ceramic wall tiles and vinyl flooring which was in a state. But that was only part of the problem, his business was selling rugs and with the previous tenant being a fishmonger there was a fishy odour that also needed dealing with. 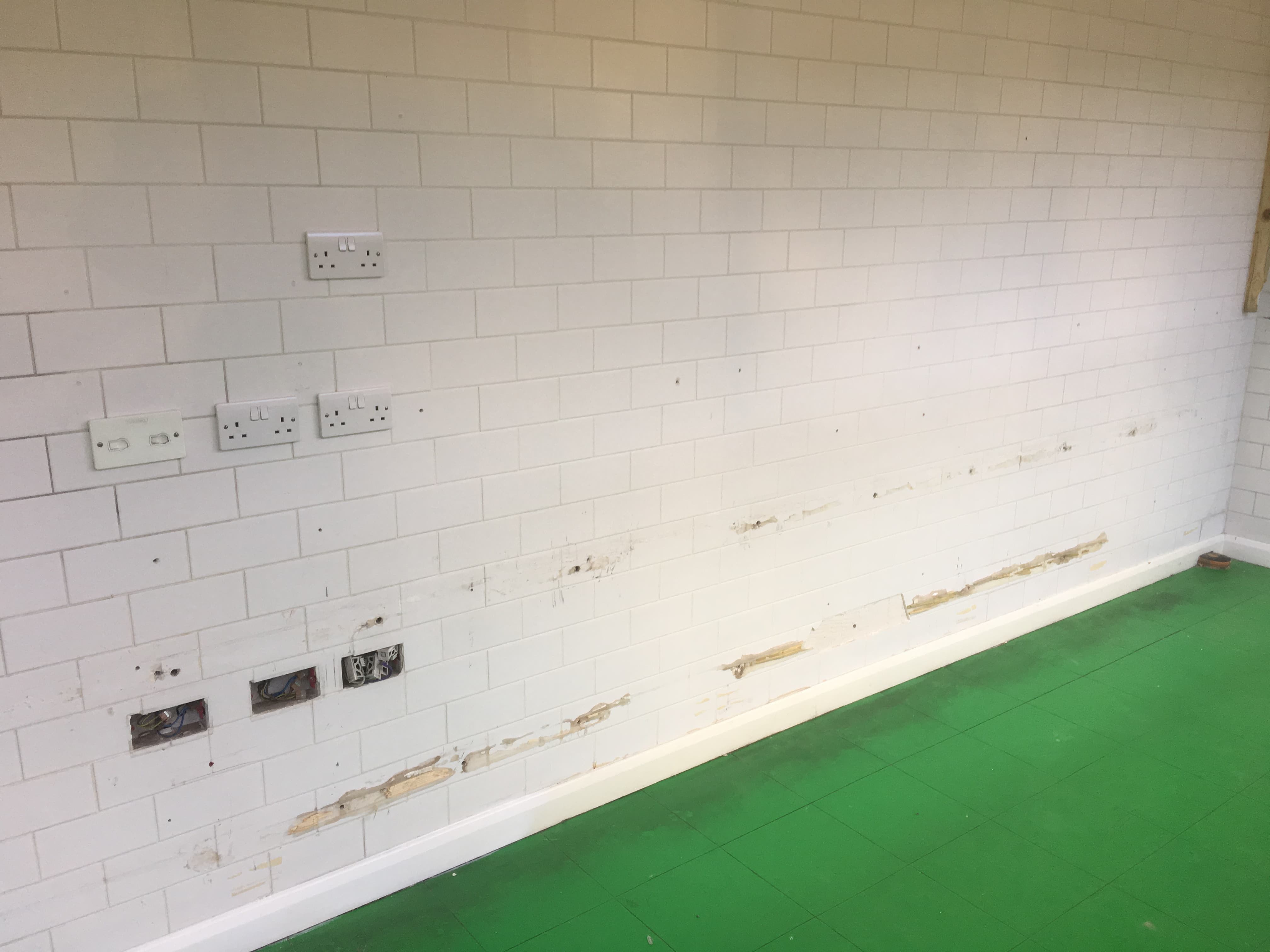 The previous shop fittings had been glued and screwed to the wall so when they were ripped out it took some of the ceramic wall tiles with them, leaving gaps in the tiling, glue staining and trapped dirt.

I popped in to have a look and was able to give him a quote for the cleaning and restoration work, he was happy with the cost and wanted to me to get started as soon as possible.

I started by tackling the glue using sharp blades and a chisel combined with plenty of elbow grease. Then the ceramic tile and grout was cleaned with Tile Doctor Pro Clean which was diluted with water and decanted into a spray bottle so it could be sprayed onto the wall tiles. Doing it this way mixes it with air making it lighter and allowing it to stick to the vertical tiling for longer. After ten minutes of soaking into the dirt it was scrubbed in by hand into the tile and especially the grout lines with a stiff brush. There was a lot to do and so more elbow grease needed. Afterwards the walls were carefully rinsed off with water to remove the soiling.

The next task was to replace many tiles near the ceiling and electric sockets using rapid setting adhesive so they could be grouted later the same day. All holes and verticals were then filled with mastic. They were a generic white tile, so I was able to blend the replacement tiles in without too much trouble. 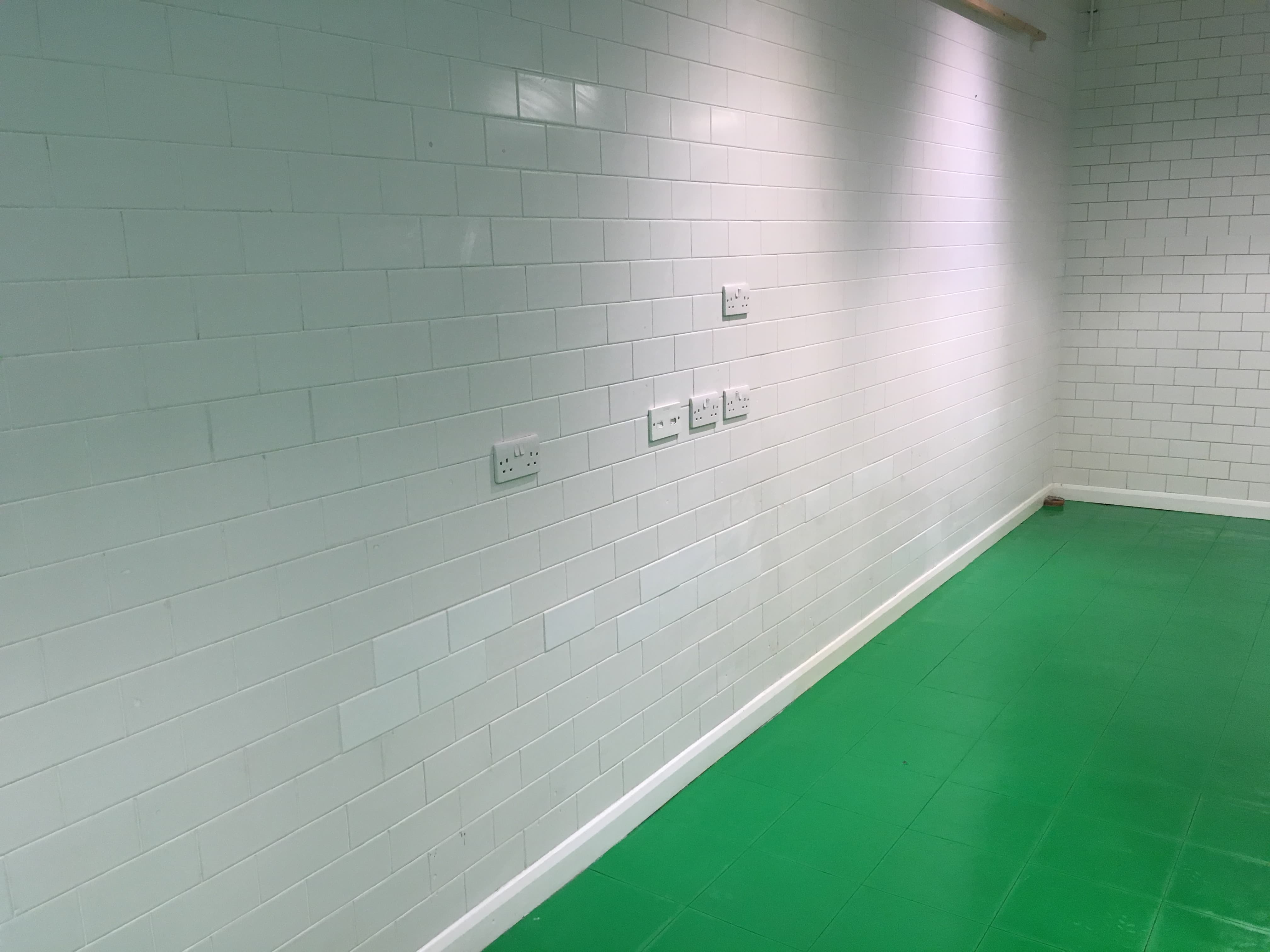 Once the wall tiles were done, I moved my attention to the vinyl flooring which was in good physical condition but in need of a deep clean. To resolve this, I applied more Tile Doctor Pro-Clean solution which was scrubbed in with a rotating floor buffing machine fitted with a black scrubbing pad. 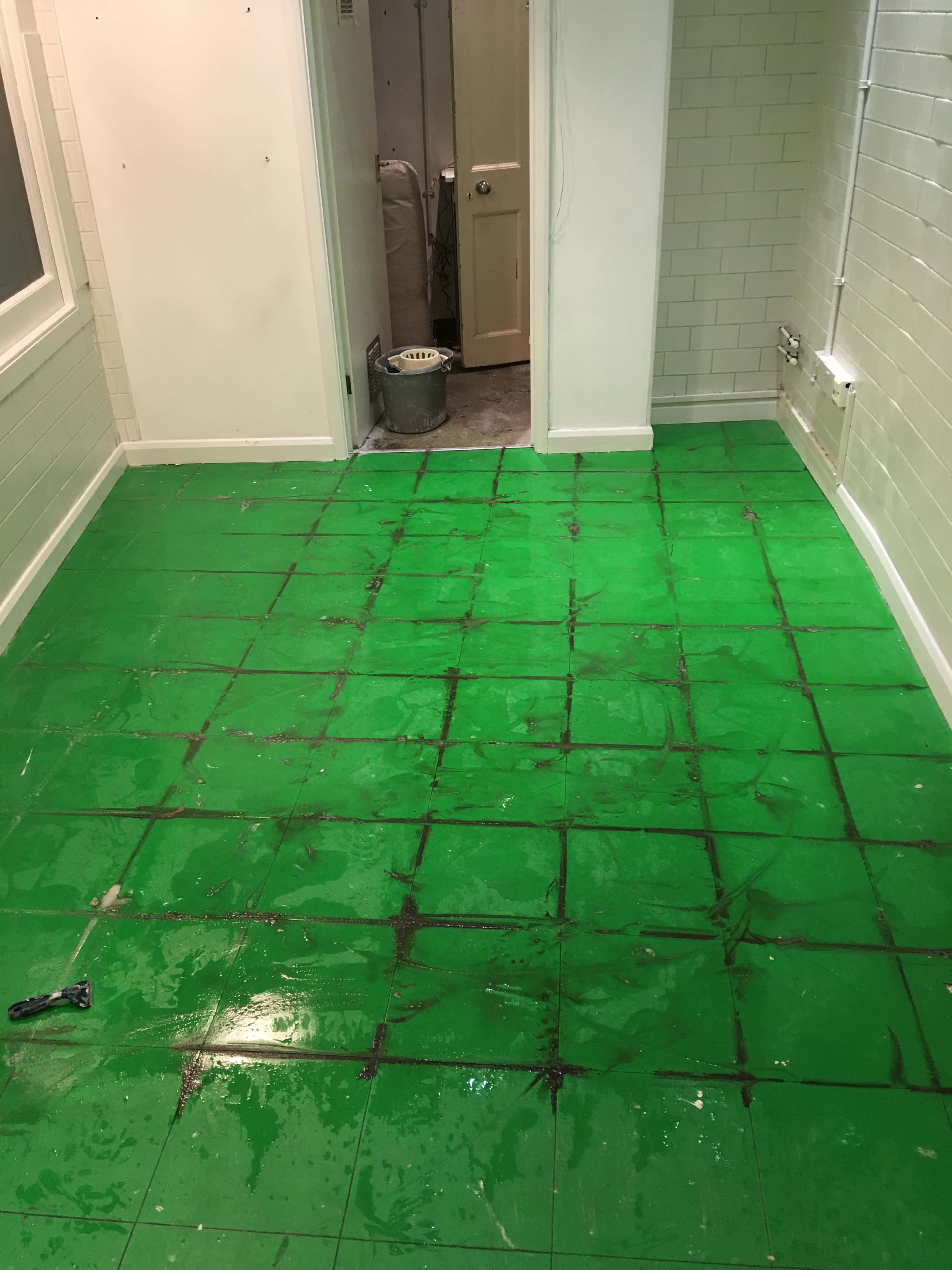 The soil was then extracted with a wet vacuum and left to dry off. There was a huge amount of dirt removed which had obviously built up over a long period of time. 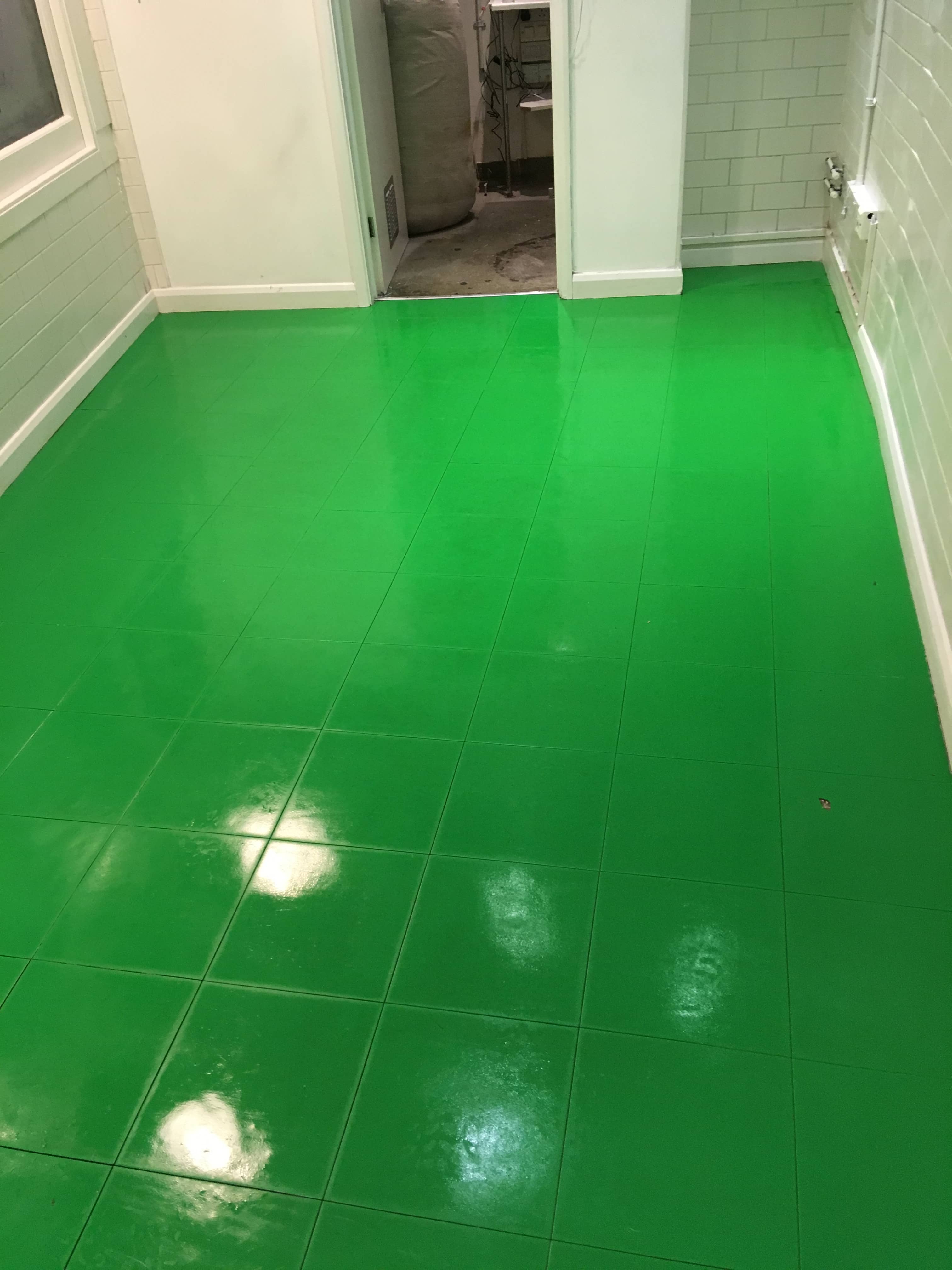 The wall tiles were glazed ceramic so do not require a sealer to be applied, similarly the vinyl did not warrant any further treatment either so once everything was fully dry, I was done. I handed the unit back over to the new tenant who was ready to cover my carefully cleaned wall with rugs and start trading. Thankfully, the shop now smells good too.

Professional Restoration of a Victorian Tiled Hallway in Worcestershire 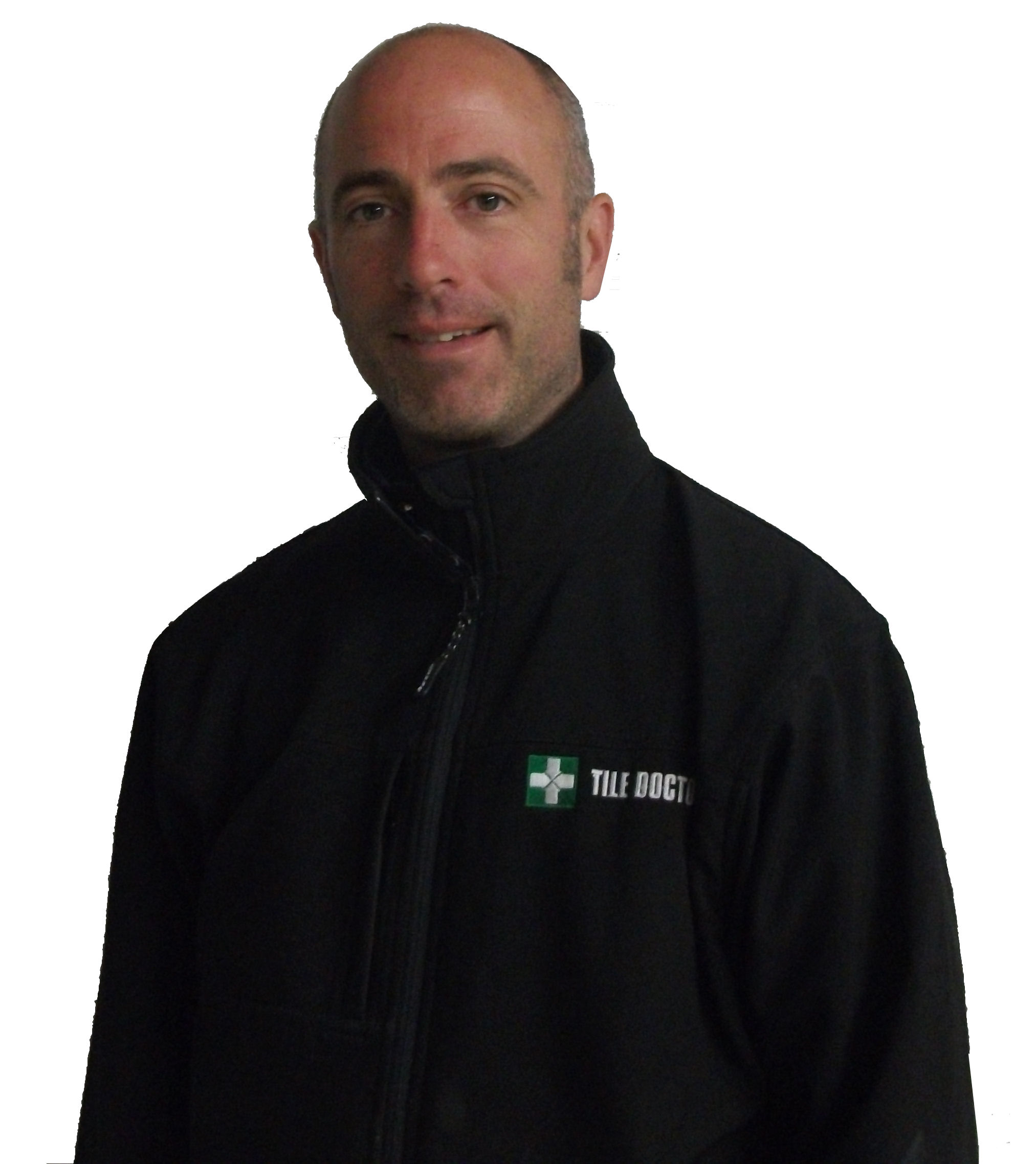